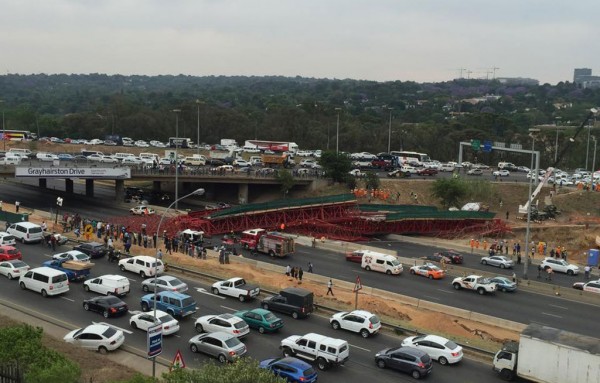 The inquiry resumed with the cross-examination of an expert from Formscaff. The engineering expert presented new evidence, relating to what may have caused the temporary structure around the pedestrian bridge to cave in, and this will report will need to be studied.

The inquiry has experienced several delays since the deadly collapse almost two years ago. The Johannesburg Development Agency's legal representative Willem Le Roux says the postponements are unacceptable: ‘This is a very serious matter and proceedings have been dragging on unnecessarily.’

Le Roux says the inquiry cannot afford any more delays. ‘At this stage, it’s close to two years after the occurrence of the accident. It’s undesirable for proceedings to be delayed to such an extent.’

Meanwhile, the inquiry's presiding officer Lennie Samuel insists despite today’s delay, all expert witnesses will be cross-examined by the end of this year, and says he took the decision to adjourn Tuesday's proceedings to maintain the integrity of the commission.