The hierarchy of controls - why your hard hat won't save you

Or at least, your hard hat alone won’t save you. Today we’d like to take the opportunity to discuss the benefits of a ‘hierarchy of controls’, and how it can be used to create safe systems of work in your workplace. Traditionally, a hierarchy of controls has been used as a means of determining how to implement feasible and effective control solutions. This can be done in a few steps.

The hierarchy on control is, of course, not only of use to directors. It is a method for choosing risk control measures that can be used by employees on every level of a company. 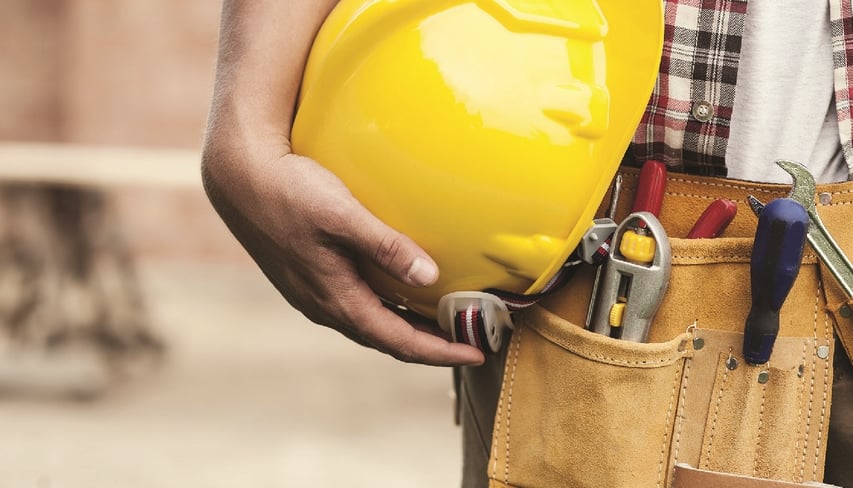 But first – categorise the risk

You will often categorise the level of risk based on:

For example, exposure to airborne asbestos fibres will always be classified as high because a single exposure may cause potentially fatal lung disease, whereas the risk associated with using a display screen for a short period could be considered to be very low as the potential harm or adverse health effects are minimal.

Then, assess the necessary control measures

The hierarchy of control creates a systematic approach to manage safety in your workplace by providing a structure to select the most effective control measures to eliminate or reduce the risk of certain hazards that have been identified as being caused by the operations of the business.

The ‘hierarchy of control’ involves the following steps:

Elimination of the hazard is not always achievable though it does totally remove the hazard and thereby eliminates the risk of exposure. For example, petrol station attendants in Ireland are no longer exposed to the risk of chronic lead poisoning following the removal of lead from petrol products sold at forecourts.

Substituting the hazard may not remove all of the hazards associated with the process or activity, and may introduce different hazards but the overall harm or health effects will lessen. In laboratory research, toluene is now often used as a substitute for benzene. The solvent-properties of the two are similar but toluene is less toxic and is not categorised as a carcinogen (although toluene can cause severe neurological harm).

Note: Elimination and substitution, while most effective at reducing hazards, also tend to be the most difficult to implement in an existing process. If the process is still at the design or development stage, elimination and substitution of hazards may be inexpensive and simple to implement. For an existing process, major changes in equipment and procedures may be required to eliminate or substitute for a hazard.

Engineering controls involve redesigning a process to place a barrier between the person and the hazard or remove the hazard from the person, such as:

Note: Engineering controls are favoured over administrative and personal protective equipment (PPE) for controlling existing worker exposures in the workplace because they are designed to remove the hazard at the source, before it comes in contact with the worker. Well-designed engineering controls can be highly effective in protecting workers and will typically be independent of worker interactions to provide this high level of protection. The initial cost of engineering controls can be higher than the cost of administrative controls or PPE, but over the longer term, operating costs are frequently lower, and in some instances, can provide a cost saving in other areas of the process.

These are designed to reduce exposure to the hazard. PPE is usually seen as the last line of defence and is usually used in conjunction with one or more of the other control measures.

Example of the weakness of this control measure

It is widely recognised that single-use dust masks cannot consistently achieve and maintain an effective face piece-to-face seal, and cannot be adequately fit-tested and do not offer much, if any real protection against small particulates. This may lead to a false sense of security and increase risk. In such instances an extraction system with fitted respirators may be preferable where the hazard may have significant health effects from low levels of exposure, such as using isocyante-containing chemicals.

Note: Administrative controls and PPE are frequently used with existing processes where hazards are not particularly well controlled. Administrative controls and PPE programmes may be relatively inexpensive to establish but, over the long term, can be very costly to sustain. These methods for protecting workers have also proven to be less effective than other measures, requiring significant effort by the affected workers.

Centers for Disease Control and Prevention

Topics: Career in Health and Safety