The negative effects of illegal mining 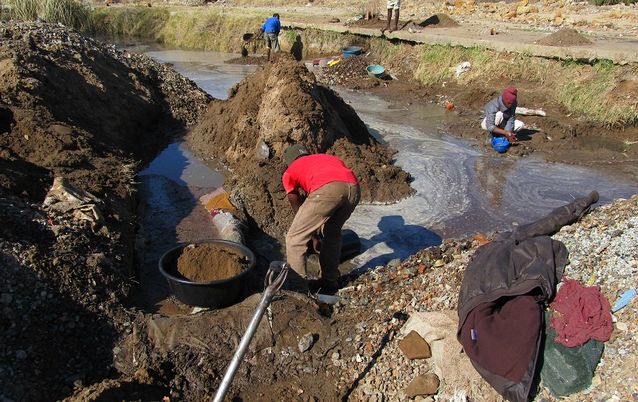 In May this year, we took a look at the current landscape of illegal mining. Today, we review the negative effects of this clandestine industry.

By its illicit nature, the cost of illegal mining in South Africa is difficult to determine, but it is estimated to cost around R6 billion a year.

Damage to infrastructure poses a serious risk, while legal miners’ safety is threatened by illegal gangs that are usually armed, sometimes with AK47s (according to reports). Also of concern is some legal miners sell or give their clock cards to illegal miners to gain access to mines. There are even instances where legal miners provide:

Illegal mining can cause underground fires and fall-of-ground incidents, resulting in loss of life and threatening mine employees, mining communities and the illegal miners themselves.

This includes loss of tax revenue and loss of income for legal miners, as the illegal miners in effect compete with legal mining operations. Theft of machinery, diesel, tyres and other equipment is also a reality. The State and the mining sector lose approximately R7 billion per annum in revenue as a result of smuggling. In 2007, the loss in gold production due to stolen gold was estimated to be R5.6 billion, and illegal miners also steal thousands of litres of water to run these illegal mining activities.

According to reports, women go underground to work as prostitutes for illegal miners. This also poses obvious health and safety threats.

Irresponsible mining practices cause irreparable harm to the environment and the ecology. Illegal miners tend to use extremely environmentally unfriendly refining methods and materials, which also put their health at grave risk.

This is usually due to faction fighting between gangs, among illegal miners and fatal accidents, such as falls.

This is because the people used in illegal mining are from other countries, brought in to do the work. As we saw in our previous blog, it’s a multibillion-dollar transnational business empire with its own financial targets, line managers, security personnel and CEOs.

This is because its proceeds are often used to finance other crimes.