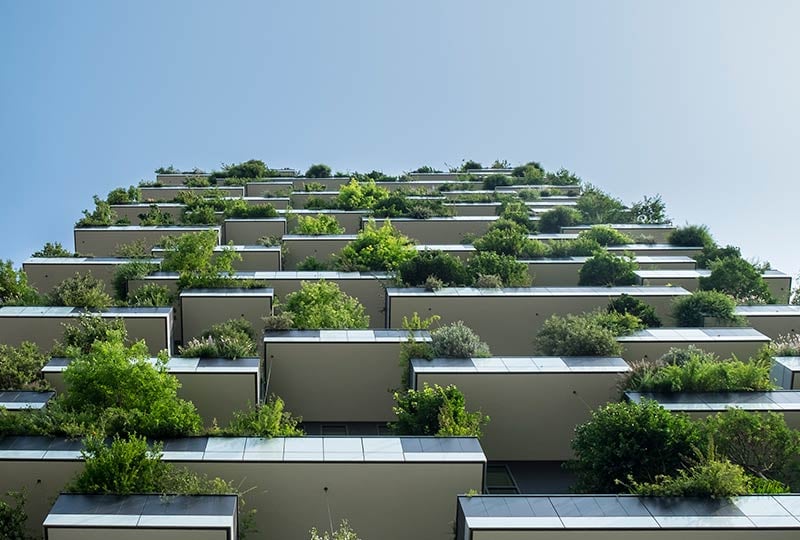 Commercial buildings are responsible for some of the greatest carbon emissions. But, some responsible-minded companies have made a concerted effort to adapt their buildings as much as possible, to ensure they meet new environmental standards. By next year, as many as 48% of new non-residential building construction will be green, according to estimates. Sustainable architecture is no longer rare, and that’s something that’s happened fairly quickly – from 2005 to 2012, the number of new green building designs jumped by 39%.

So when there’s an award for the best sustainable architecture, it’s no longer enough to have just a few ad hoc features, such as a rainwater collection system. A new roundup of the top 10 current examples of sustainable architecture – selected by the American Institute of Architects' Committee on the Environment – showcases projects that have a ‘thoroughly integrated’ approach to sustainable design.

Take inspiration from these 10 examples of what companies and cities are doing worldwide when it comes to going green. From the German parliament to a homeless centre in Oregon filled with green space, these days, the best sustainable architecture goes far beyond a few rooftop solar panels.

A suburb in Cincinnati, Ohio’s urban planning is working towards better housing planning. Badly planned housing with little or no public transportation increases traffic and wastes resources. Without proper infrastructure or nearby shopping, residents are forced to use their car for every errand. Residents of sprawling neighbourhoods thus tend to emit more pollution per person. Due to their low population density, sprawls also use up a lot of land and degrade land and water quality.

New urbanism, an American design movement, arose during the early 1980s out of frustration with sprawling cities. One example of this is Prospect New Town in Colorado (in the US), a walkable neighbourhood designed to contain a diverse range of housing, jobs, and community buildings. With its mix of aggregate housing, traditional detached homes, workplaces and shops, Prospect New Town faced initial criticism, but the town's planners then won the Governor’s Smart Growth Award in 1996.

This event saw 18 collegiate teams from the United States, Canada, Puerto Rico, and Spain competing for which solar-powered house offered the best mix of aesthetics, convenience, energy production, and efficiency. Each house also had to produce enough ‘extra’ power to run an electric car.

A new homeless shelter in Portland, Oregon uses grey-water recycling, solar hot water, and a highly efficient design. It will save $60 000 in energy costs each year.

The new building helps bring together employees who used to work at sites scattered throughout the city in one centrally-located downtown location near public transportation.