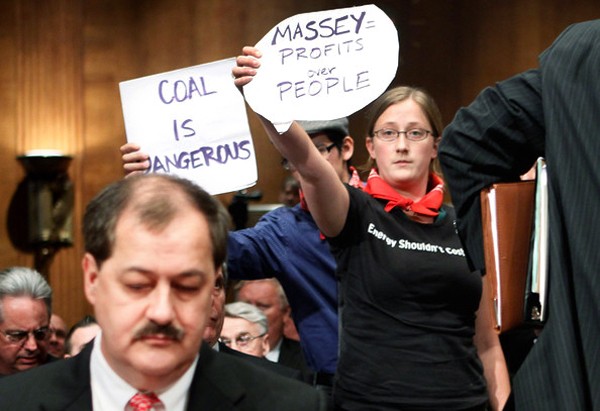 It’s good to see that the law is standing firm when it comes to enforcing penalties – and punishment – for health and safety violations. This is certainly the case in Delaware in the United States, where former coal baron Donald Blankenship will stay in jail after an appeals court upheld his conviction for flouting mine-safety laws.

The self-named ‘political prisoner’ was unable to identify any reversible errors in his 2016 trial, where he was charged with ignoring safety rules at Massey Energy’s Upper Big Branch (UBB) mine.

Blankenship, former CEO of Massey Energy, was convicted in December 2015 of one of three counts against him for conspiring to ‘willfully violate mandatory mine health and safety standards’ at the UBB mine that claimed the lives of 29 men in an explosion on April 5, 2010. A federal safety inspection later found that ‘if basic safety measures had been in place… there would have been no loss of life at UBB [Upper Big Branch].’

Jurors convicted Blankenship of a misdemeanour conspiracy charge of ignoring safety standards at Massey’s operations. The conviction carried a maximum penalty of one year in prison and a $250 000 fine. Unfortunately, the former CEO was cleared of three felony counts, which would have carried more substantial prison time.

Appeal denial has set a standard

Blankenship’s conviction marks the first time a major energy company’s top executive has been jailed over a workplace crime. He’s serving a year sentence at a minimum-security prison camp in Taft, California, and is due to be released May 10, according to the US Bureau of Prisons.

US District Judge Irene Berger properly allowed jurors to find Blankenship guilty of a willful violation of safety laws if they concluded his actions amounted to a ‘reckless disregard’ for those statutes (a three-judge panel of the Richmond, Virginia-based appeals court wrote in a 34-page opinion).

The conviction sends a strong message to employers that negligent behaviour will not be approached lightly, and therefore companies will be compelled to create the correct internal pressure points necessary to protect the health and safety of all employees.